Do the Infancy Narratives Contradict?

Back in college, near Christmas break in 2007, Kari and I heard the worst sermon ever given.  The priest approached the pulpit and basically said, "You know, the infancy narratives contradict one another. Try not to take any of this too seriously. Let's all just act in a Christian manner by being nice to people."

But tis the season, and I thought I'd take on the question of whether the infancy narratives contradict one another.  So if Biblical chronology is your thing, I have a treat for you!

On face value, the infancy narratives found in Luke and Matthew seem to tell vastly different and incompatible stories. 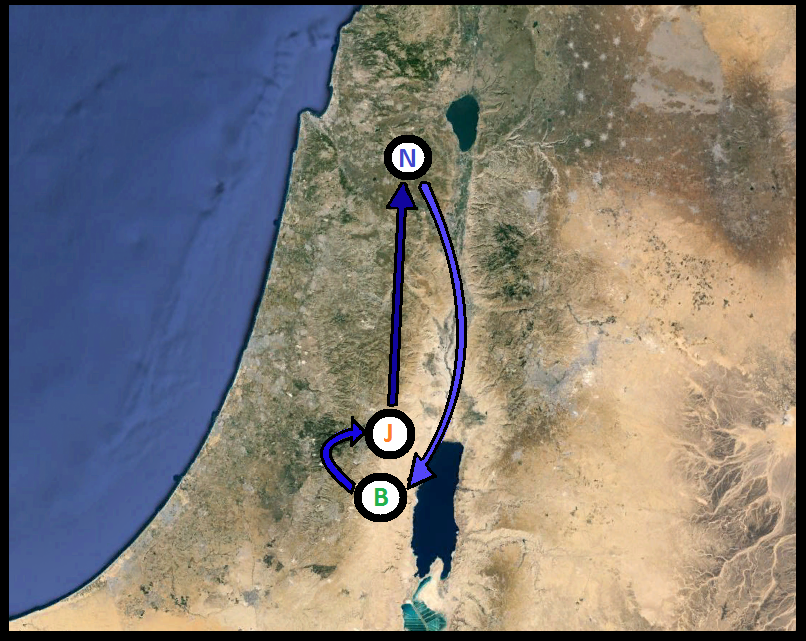 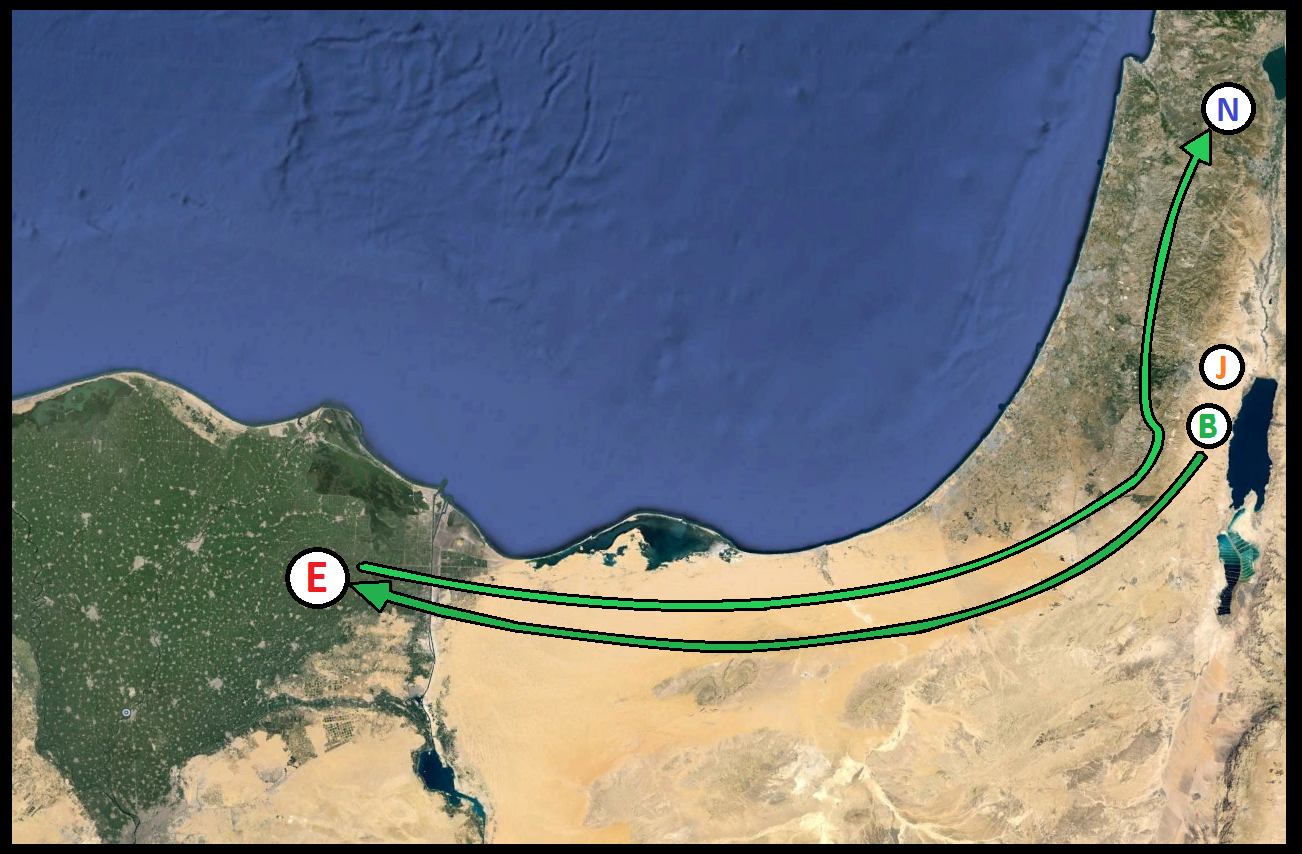 So people will ask:

"Was Jesus born in a house or in a stable?"

This confusion is largely the result of the common depiction of the nativity found in manger scenes.  These give people the impression that the Magi were present at the birth of Jesus.

But this is not what the Bible says.

Matthew’s Gospel says the Magi didn’t begin the journey to Bethlehem until after Jesus was born:

“When Jesus was born in Bethlehem of Judea, in the days of King Herod, magi from the east arrived in Jerusalem…” - Matthew 2:1

And when they told Herod about the newborn king, it says Herod discerned the age of the child to be about two years:

“When Herod realized that he had been deceived by the magi, he became furious. He ordered the massacre of all the boys in Bethlehem and its vicinity two years old and under, in accordance with the time he had ascertained from the magi.” – Matthew 2:16

So between Luke and Matthew there would have been a two year gap of time.  This is more than long enough to accommodate getting a house and obeying the Mosaic precepts for childbirth.

However, this makes one last problem emerge.  If you read straight from Luke 2:22 to 2:40, you'd be left with the impression that the Holy Family returned to Nazareth after their business in Jerusalem was concluded.

"When they had fulfilled all the prescriptions of the law of the Lord, they returned to Galilee, to their own town of Nazareth.” – Luke 2:39

So why did the Magi find them in a house in Jerusalem 2 years later?

The first solution I would propose is the simplest:   Sometime during that two year gap, the Holy Family moved to Bethlehem to set up a permanent residence.

There are three reasons why one would find this reasonable.  First, in Luke 2:4 we learn that Bethlehem was Joseph’s ancestral hometown, so this wouldn’t be entirely new territory for him.

Also, in Luke 2:41 we see that the Holy Family made yearly trips to Jerusalem.  Being 6 miles from Jerusalem instead of 65 miles would have made the trip far easier.

Lastly, for reasons having to do with the inexplicable nature of Mary’s pregnancy, they may have found it best to avoid the scandal of living at home and moving to a place where they would be more anonymous.

So all one has to imagine is that sometime during those 40 days they spent in Bethlehem, Joseph found employment, located a house, and said to Mary:

“Hey, let’s get our stuff from Nazareth and move back here.”

Under this theory, the final map of the Holy Family’s travels would look like this: 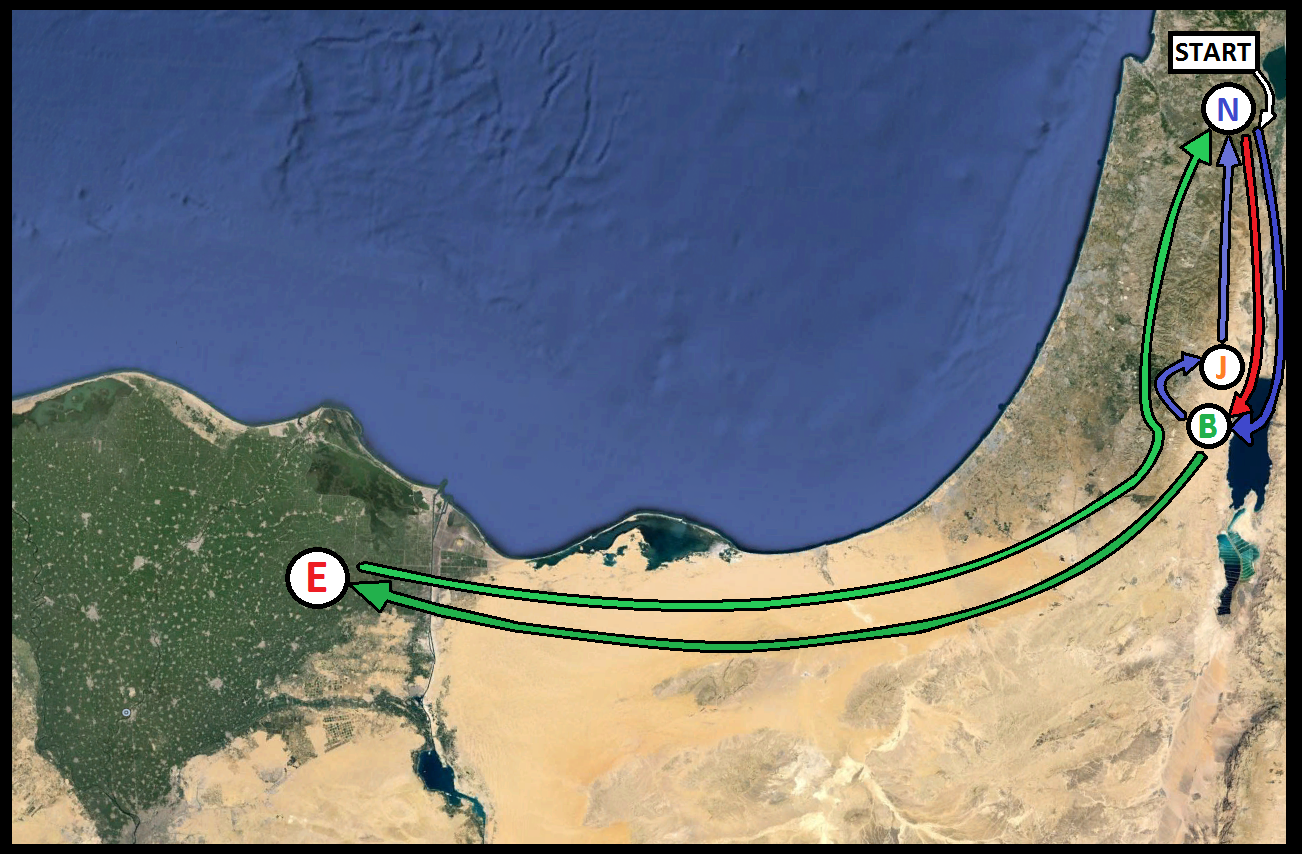 The second solution is drawn from the historical writing style of Saint Luke.  He had no qualms against skipping large sections of time and not telling you about it.

One example happens between Acts 9:25 and Acts 9:26. It says Paul escaped Damascus and went to Jerusalem.  But in Galatians 1:15-18 you read that after Paul escaped from Damascus he went to Arabia, returned to Damascus for 3 years, and then finally traveled to Jerusalem.   But if you just read the text of Acts 9:25-26, you’d never know there were 3 years between those two verses.

Thus, this solution proposes that Luke 2:39 - while appearing to offer an airtight summation of what happened after Christ’s purification - is in reality a gloss over a large section of His life.  Luke’s goal of this passage was simply to let you know that Jesus grew up in Nazareth before moving on.

In that case, the final map of the Holy Family’s journey would look like this: 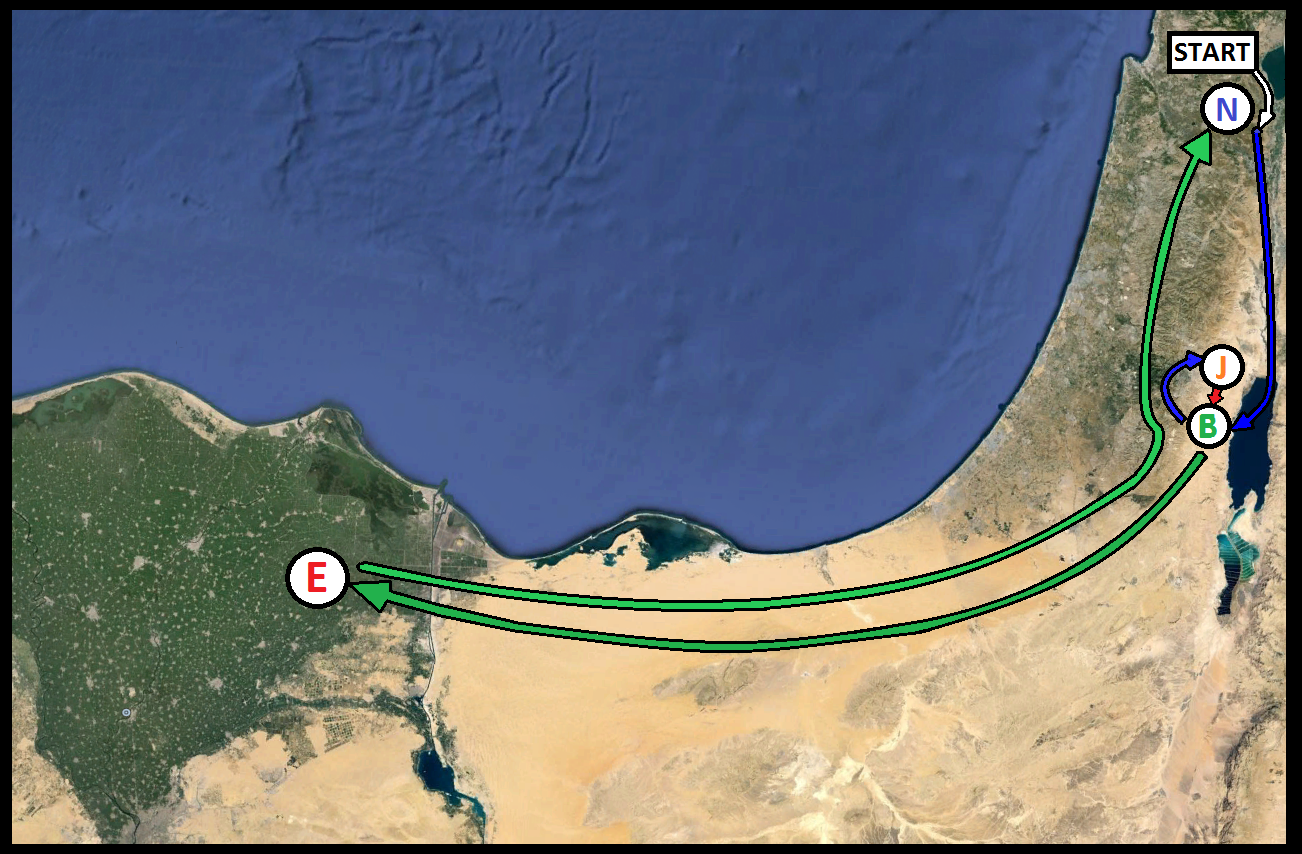 In either case, we can say the following with certainty.  Each author only gives a partial account of Jesus’ early life.  Even when taken together you still have some gaps to fill in to resolve some quandaries.  However, the text is not in direct contradiction.

Thank you for joining me.

"The Wise Men were 'sent' to Bethlehem by Herod, but the text never says that is where they ended up. We know, in fact, they would have ended up in Nazareth where Christ actually was, not Bethlehem."

Posted by ACTS Apologist at 2:11 PM

ACTS Apologist
I am an amateur Catholic apologist doing his best to create a resource for people curious about the Catholic faith.